Being one of the capital books in human history, the Holy Bible has been published in almost all the languages known, and in a variety of media, including the most modern ones, like the Internet. BiblePath offers you the computerized version of the King James translation of the Bible. Unlike other Bibleware, this includes several beautiful pictures illustrating the startup screen and the main page of both Testaments, as well as some verses. It also includes several reference books and commentaries by respected scolars, like Matthew Henry, Hitchcock, Easton and Nave, which you can display in the form of a toolbar. The main page of the Old and New Testaments incude a powerful Search feature, as well as several default searches, so you can go directly to all the Mesianic Prophecies of the Old Testament, or to the Parables of Jesus in the New one, just by clicking a button. Interestingly, in the case of the Mesianic Prophecies, a split window shows both the Old Testament prophecy and the part of the Gospel where that Prophecy is fulfilled. This is a very useful feature. The program is compatible with the most widely used versions of Windows, including XP and Vista. If you want a very enjoyable, comprehensive and easy-to-use computerized version of the Bible, don't mis this one. 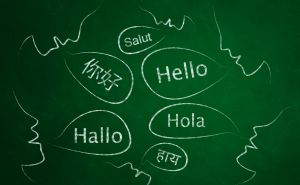 Dictionary Applications: From English to …

Study the Bible with audio, Text-to-Speech and an extensive module library.

Widget that displays a random verse from the Holy Bible.

Free software for reading and studying the Holy Bible.

Is a direct English translation of l the Bible of the Catholic Church.

Thank you for rating the program!
Please add a comment explaining the reasoning behind your vote.
7 comments

I love this program! We use it at our shelter for the men of the program. We have a small budget, and the tools offered are very useful. Thank you for taking the time to put this together.

Dany I love The Holy Bible.